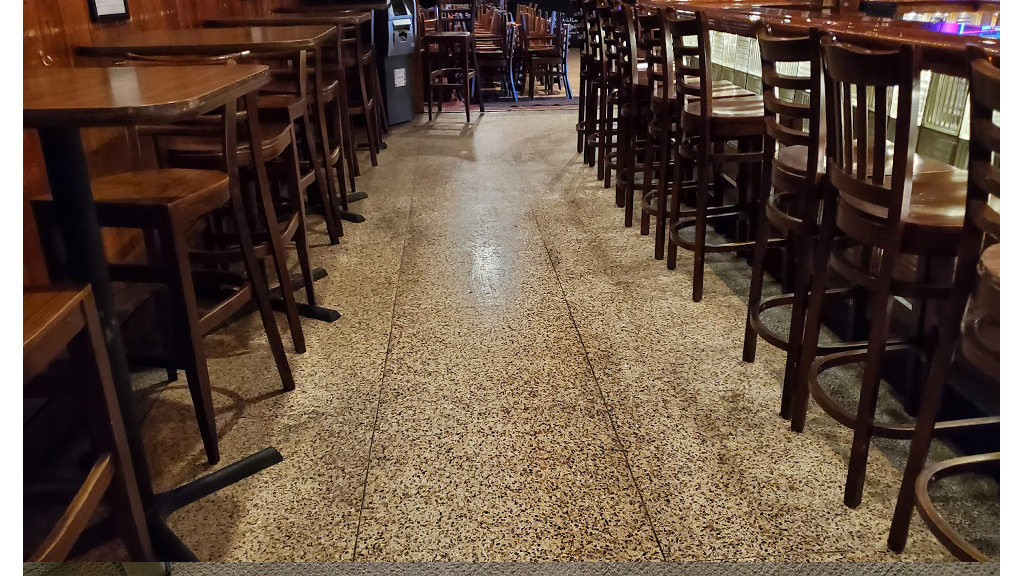 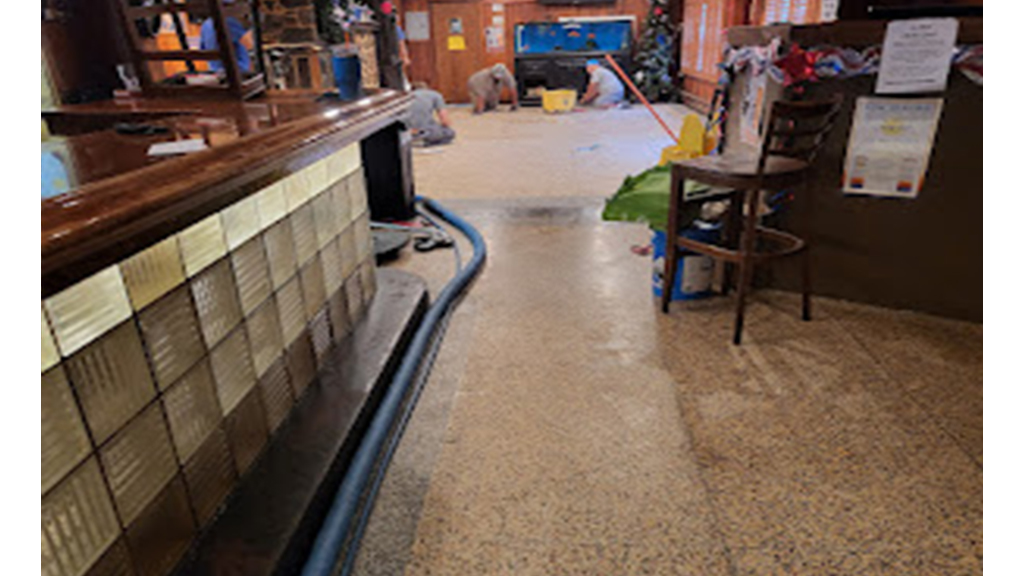 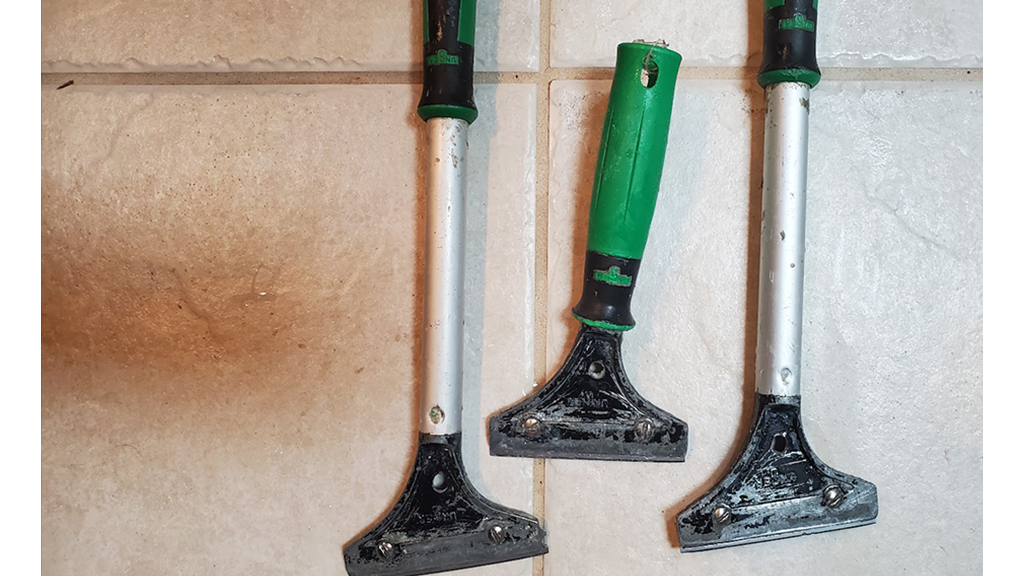 After attempts to strip off the excess wax, we found this worked better (all five of them,) for hours and hours 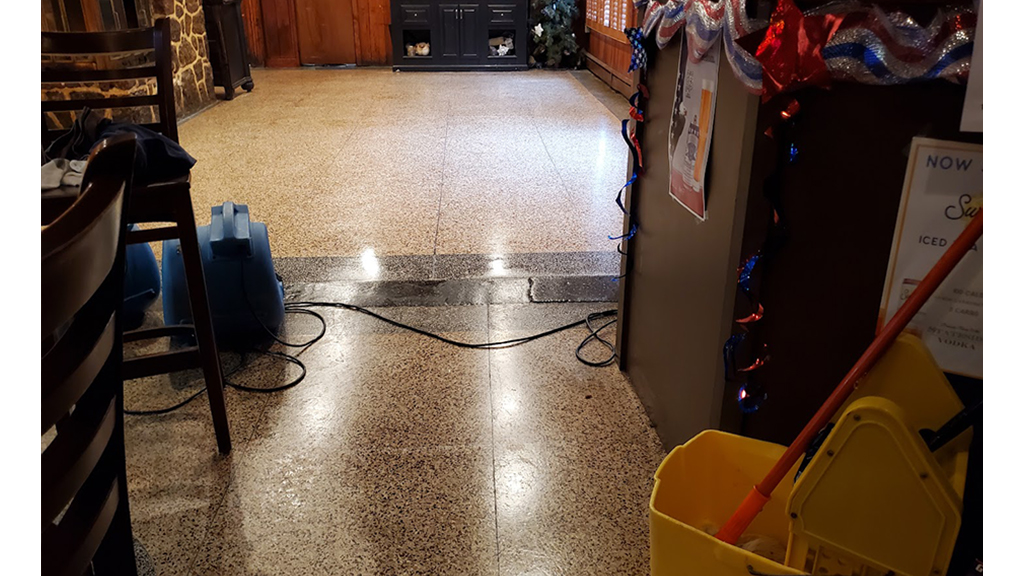 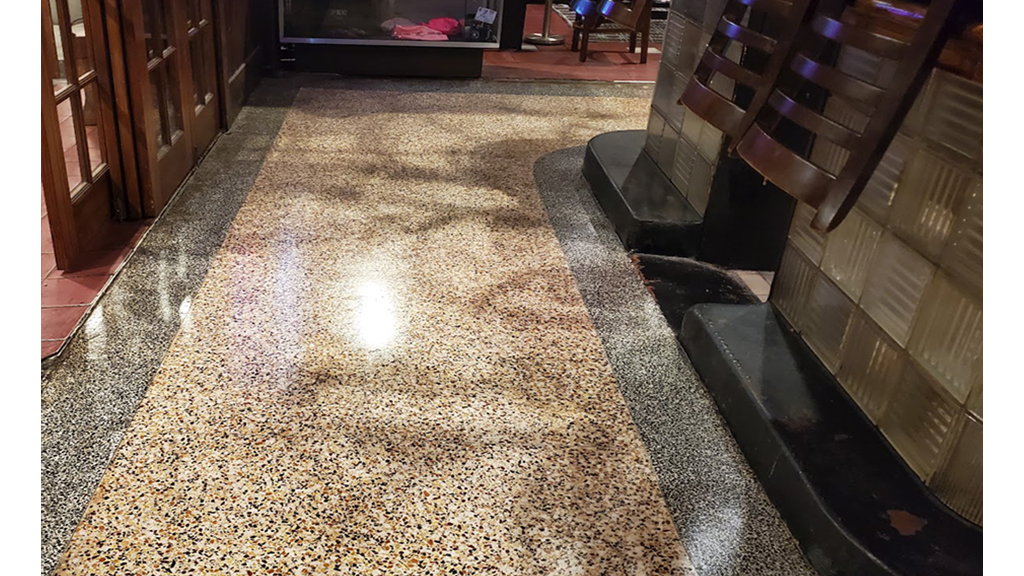 Despite the shadows from the bar stools, the shine has been restored on this terrazzo floor and it looks great 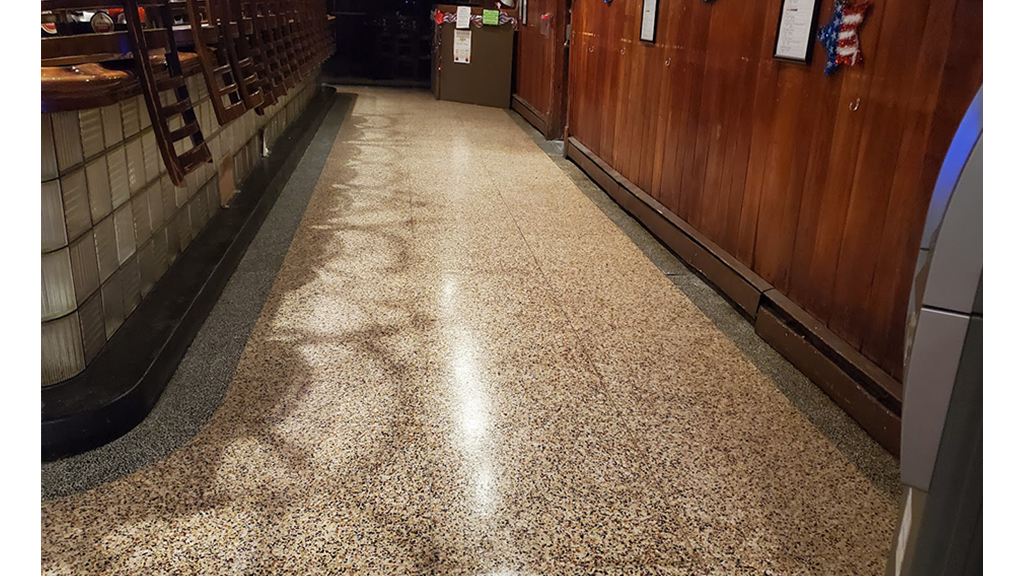 What a difference the refinishing makes for this terrazzo floor, all clean and shiny, with a few shadows from the bar stools 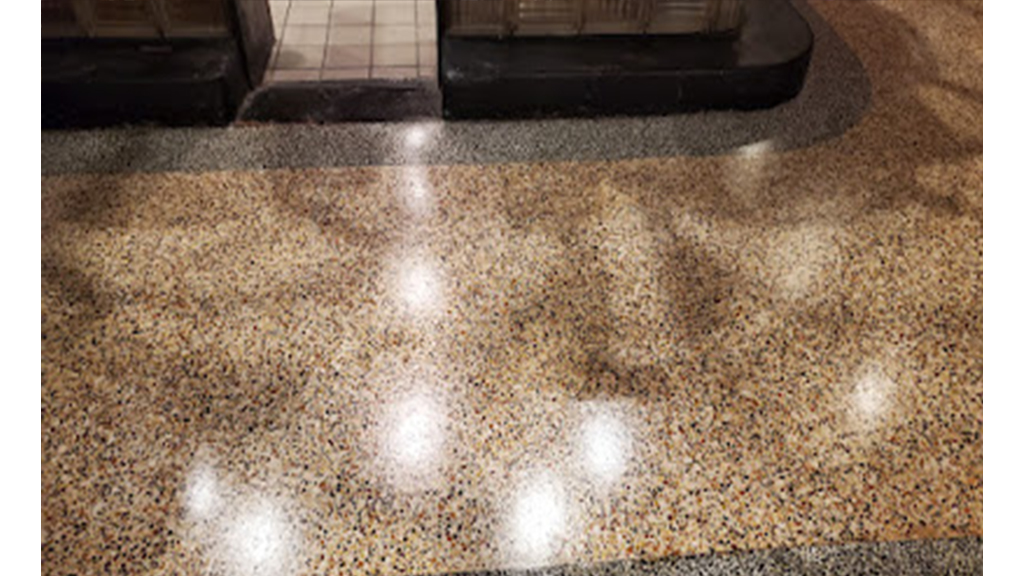 Make no mistake, this terrazzo floor is clean and shiny, the dark patterns are simply the reflections from the bar stools
Category: Commercial Svcs   Tags: Terrazzo

Guess Who’s Gettin’ All Gussied Up? Pic-A-Lilli’s A Prancin’ And Ready For Dancin’

If Only Those Walls Could Talk-Right? Well How About Those Floors?

Pic-A-Lilli, what an iconic and beloved ‘watering hole’-foot stomping-Pine Barrens Legend! People come from out of the woods, off the trails and about everywhere else to imbibe, belly up to the bar, tell a few lies, a lot of jokes, play some music,and just plain old have a good time! How many of us can share a memory? Well here’s a couple… How bout the Sports car club meeting being held at Pic’s, circa  1960’s. Don & Patsy Schroeder didn’t know the dress code, formal or casual, so they went as both- formal tops, pajama bottoms. Or the “Shirkie Toots” as Tom Thompson would would say, or other various Jersey Devlish’-ness!  If those walls could talk!

It’s been about 4 years since we stripped the terrazzo floors. And, besides mopping, the kitchen crew would apply wax periodically. So the wax got to a point where its hardened, had yellowed and looked dirty. The wax obscured the original color of the floor. And the wax was hard as nails, and seemed as hard as a tortoise’s shell. Nothing was gonna get thru that wax for sure.

The plan was the night crew was to come in and strip the floors down, then be joined with the wax crew at about 4:30 who would take over to tidy up the floors, then apply the wax. Well, best of intention!

Eric stripped the floors with stripper, then scrubbed the floors with a buffer, but the wax wouldn’t budge. He stripped it again, and again the wax did not break down. Apparently this stuff was rock hard, and wasn’t going anywhere. So when Chris and Mark arrived they were aghast to see the guys on hands and knees with a scrapper, scraping the wax off with a 3″ blade. This was trouble. And, the product, suitably named  isn’t called “Hard As Nails™” for nothing.

Once the brass came in we tried a block for the rotary scrubber we use to knock off hardened paint off wood floors. It has metal edges, but that was not helping annihilate the thick wax build up. No luck there, it was back to old schooling it- hand scraping

Not The Easiest Efforts, Chemistry Itself Was Not Kicking It

Chris called for reinforcement, and two more arrived. By this point we were bagging the bar area, and concentrating just on the dining room. The clock was ticking, and the floors had to be ready for 11: oo am opening, and a commercial TV shoot later on. Five people on hands and knees hand scraping, with a 3″ scraper was the only thing removing the heaviest of wax build up. While usually the edges of a room need to be hand scraped, most areas all over the floors needed hand scraping. Add to that another one was steam rinsing over and over, while another was detail mopping to see the results. Basically it was slow going, but we started to finally get ahead of it. With the worst areas scraped and about 95% of the wax off, we were ready to final rinse. Eventually by 8:30 the wax was applied. (As happened last time, we informed the staff that the next strip will resolve any minor wax built up areas.)

Finally The Dining Room Looked Like a Bi-Zillion Times Better

At 10:00 all 3 coats of wax went down, and the floor looked nearly perfect. Also, the ladies room ceramic was steamed. Now on to reset the tables and chairs, and one would never know the struggle, except that our poor Eric was walking like he was 80 years old!

With a holiday weekend planned closing, we scheduled to return to knock out the bar area, behind the bar, and the men’s bathroom. With a stronger stripper and a day to do the job, we got started and was confident this would go easier.

It did not matter if it was napalm, no stripper was going to easily remove the wax. Strip No 1, nothing, strip No 2, same thing. Applied with different dilutions, no luck. Seems the crew had to repeat hand scraping nearly every square inch of the terrazzo floor. Luckily the bar area floor was smaller. It responded eventually, and the ceramic bar area responded well to the steam cleaning, as did the men’s room.

Again, with about the same 95% improvement, we did a final steam rinse, and began the wax application. Moving forward we are eager to do some interim maintenance, i.e. scrubbing, steam rinsing and re-application of the wax. With a professional program, the goal is to maintain a cleaner, shinier terrazzo floor without building up coats of wax that becomes a real albatross to remove.

ps- With a no wax build up plan these terrazzo and ceramic tile floors will look cleaner, and stay shinier for all to enjoy! I think the staff feels liberated from the drudge of floor care, and Team Sparkle is happy to help!

Call us for your commercial floor care. Our stripping and steam rinsing gets results not duplicated with traditional janitorial efforts. For a free estimate  Call us at 609.953.0472 or contact us online.